Joe and his wife, Debbie-Jo, run a family of multi-cultural Christian sports camps that attract 23,000 children from around the world each summer. Joe has written over twenty books and speaks to men’s, women’s and student’s conferences, NFL teams and on Christian radio. He played nose tackle for the SMU Mustangs and coached the defensive line at Texas A&M. He has been awarded two honorary doctoral degrees and was named one of the ‘Top Ten Influencers of the Century’ by New Man Magazine. Dr. James Dobson says that, ‘Joe White knows more about teenagers than anyone in North America.’ Joe and Debbie-Jo have been married for 44 years and have been blessed with four children and 13 grandchildren.

In addition to Kanakuk Kamps, Joe has started other ministries including Kanakuk Haiti, After Dark, Pure Excitement, Men at the Cross, I'm Third Discipleship, and Kids Across America.

Here and Now
Joe currently resides in Branson, Missouri with his wife Debbie-Jo and is the President of Kanakuk Kamps.

Joe frequently speaks at Kanakuk Link Year and Kanakuk Institute. To learn more about Joe White as a national speaker for events of all ages and request Joe at your own event, go to joewhitespeaking.com. You can also follow Joe on his YouTube channel for new and classic content that is uploaded regularly. 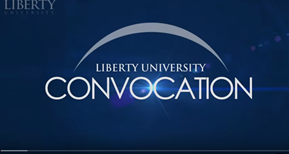